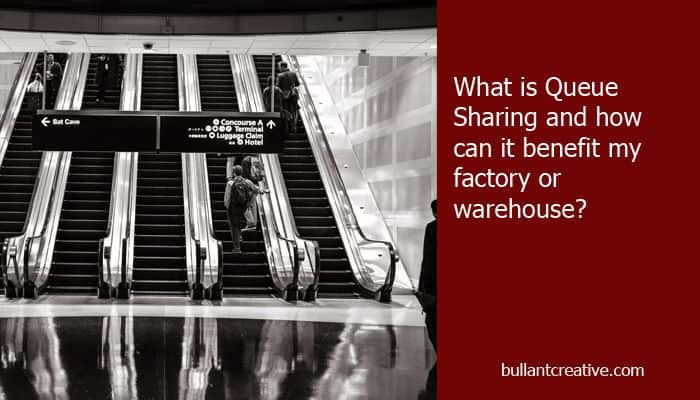 Another and more subtle, way to deal with congestion effects is by combining multiple sources of variability. This is known as variability pooling, and has a number of manufacturing and supply chain applications. There are two types of Variability Pooling; Queue Sharing and Stock Aggregation and in this article we explore the concept of Queue Sharing.

Queue Sharing is a powerful way to mitigate variability in processes that include shared machines or lines.

As an illustration of the way this mechanism works, refer to the diagram below of a post office with four customer service agents.

Further investigation and monitoring revealled that waiting times increased when one or two agents had particularly complicated enquiries in which case the people who had committed to that queue were forced to wait longer or jump queues.

The office manager decided to create a common, shared queue so that customers proceeded to the first available customer service agent on a first-in/first-out basis, as shown below.

Comparing this to the previous arrangement, the office manager discovered that waiting times reduced by over 60% and customers were a lot happier because they were no longer having to make statistical guesses about which queue was faster.

the post office manager found a statistical nuance that meant he could reduce the average number in the post office, even when the arrival rate increased during busy periods, by sharing the queue.

In a factory, queue sharing and Littles Law can be used to take full advantage of queues, maximising efficiency and therefore throughput for a given instantaneous capacity.

Consider the graphic below, three machines share the same feeding machine (ie. machine #4) and have independent queues protecting them from machine #4 stoppages. After queue sharing, the throughput of the total line is increased because each machine can take advantage of a larger aggregate queue (WIP or Time buffer) to protect it from more and longer machine #4 stoppages.

Also if there is an extended stoppage on either of machines 1 thru 3 then all of the queue material can be diverted to further supplement the shielding for the machines that are still running. This mechanism serves to increase total line efficiency for the same instantaneous machine capacity. 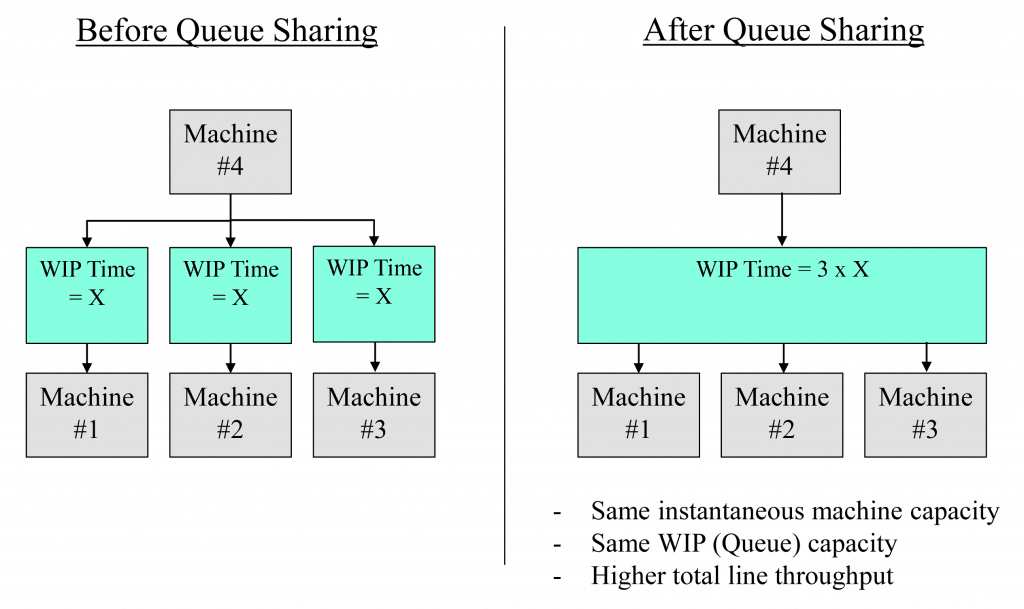 This example demonstrates the advantages of variability pooling at the total factory level.

Consider the factory below with three lines each feeding dedicated finished product palletisers. These lines are protected from palletiser variability by small queues (WIP or time buffers). As part of an asset restructuring, a way was found to centralise the robotic palletisers and make them more flexible; capable of palletising any product from any of the three lines, not hard with current technology.

During the asset restructuring, the opportunity was also taken to redesign the queue before the palletisers so that it was shared and flexible. This reduced the number of line stoppages caused by palletiser delays which served to increase total factory throughput without increasing the number of palletisers required. 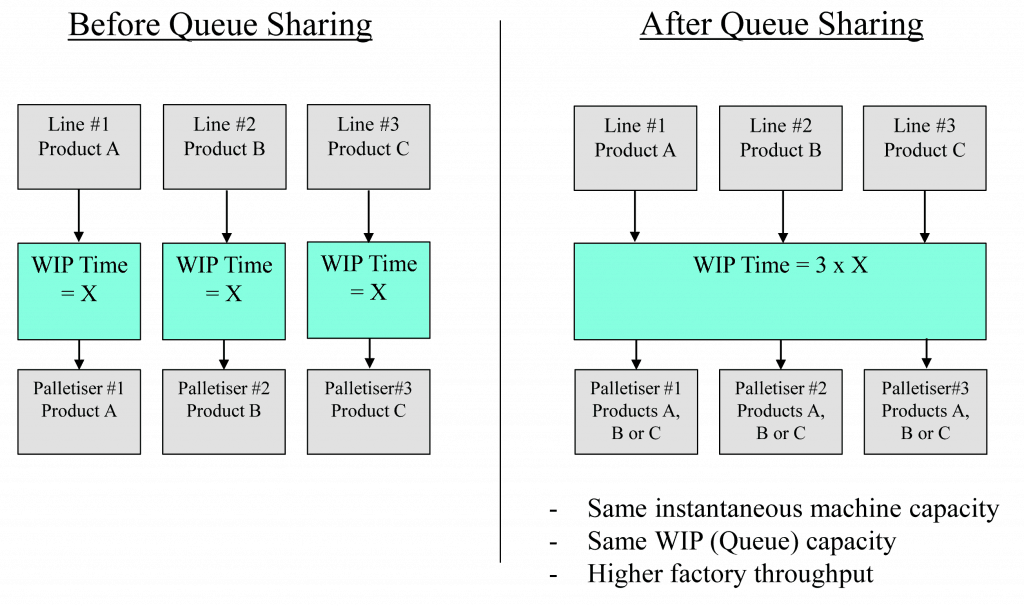 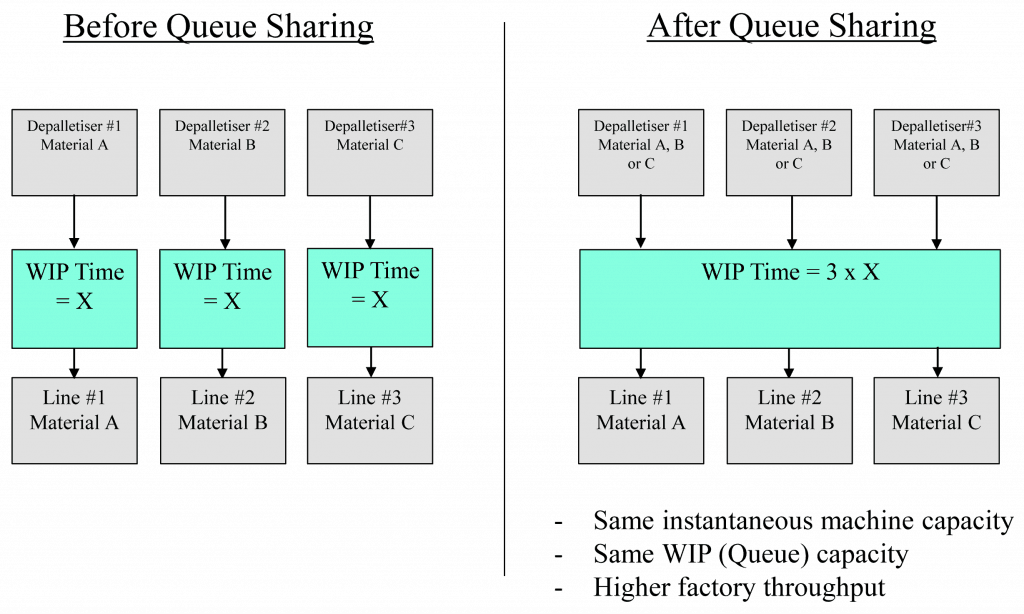 Some of our Clients